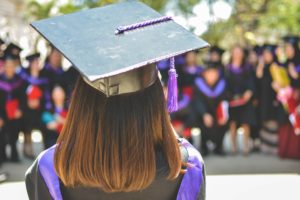 On Monday, June 24, 2019, Sen. Bernie Sanders—an independent senator from Vermont and 2020 Democratic presidential contender—proposed a plan that would cancel $1.6 trillion in student loans.

Sanders’ proposed plan would be funded with a tax on Wall Street transactions, resulting in a fund of about $2.2 trillion over 10 years. The plan would eliminate 45 million Americans’ college debt.

College debt has become a talking point for politicians in recent years, as the cost of attending college annually increases. According to Student Loan Hero and Lending Tree, 69% of the class of 2018 took out a student loan, and the average debt balance was $29,800.

Details of the Proposed Plan

In addition to establishing a one-time debt cancellation program for all college graduates, regardless of their income, Sanders’ plan would cap the interest rate on all new federal student loans at 1.88%. This cap is significantly lower than the current rate on new loans, which ranges from 4.5% for undergraduates to roughly 7% for Parent PLUS or graduate student loans.

The bill would also triple funding for the Federal Work-Study program and double money for federal programs that help low-income students enroll in and graduate from college.

Sanders isn’t the only presidential candidate hopeful to announce a plan for canceling or forgiving student loan debt. Earlier this year, Sen. Elizabeth Warren called for forgiving $640 billion of student loan debt. Unlike Sanders’ proposed plan, Warren’s plan would establish limitations on how much debt could be canceled based on income. Her plan calls for canceling $50,000 in student loan debt for anyone with an annual household income under $100,000 and gives substantial cancellation to those between $100,000 and $250,000. She proposed paying for the plan with a tax on wealthy families.

According to Student Loan Hero and Lending Tree, 69% of the class of 2018 took out a student loan, and the average debt balance was $29,800. 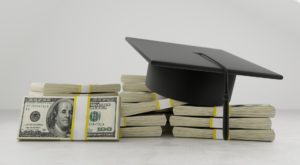 President Donald Trump has also addressed student loan forgiveness in his 2020 budget proposal. In his proposed budget, there is a $7.1 billion decrease in funding for the U.S. Department of Education.

President Trump’s proposed budget would eliminate the Public Service Loan Forgiveness program and change the Federal Student Loan Repayment program. Specifically, the plan would offer only one income-driven repayment plan (a change from the multiple different repayment options now available), and offer student loan forgiveness for both undergraduate and graduate federal student loans. The changes to student loan repayment assistance will most likely be tied to the budget.

All of the plans discussed above are proposed plans, meaning they won’t take effect until otherwise stated. Despite this, it’s clear that student loan debt assistance is becoming a hot topic.

It’s becoming increasingly popular for employers to offer student loan repayment assistance benefits to their employees. If you employ a large number of young professionals, or if positions at your company tend to require advanced schooling, consider offering a student loan repayment program to set yourself apart from others in your industry.

Monitoring student loan repayment assistance developments is important if you offer or are planning to offer this type of benefit to employees.