With Republicans in control of the White House and both houses of Congress since 2016, many expected or hoped that the Affordable Care Act, in its entirety, would be a thing of the past by now. For Applicable Large Employers (ALEs), who may have anticipated relief from the employer mandate and health coverage reporting requirements, the rhetoric in Congress, the Trump administration, and others attacking the ACA have lent credibility to those aspirations. 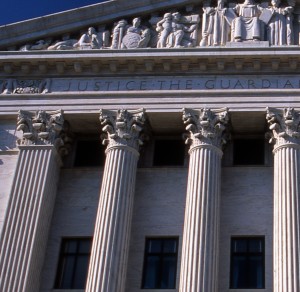 However, the reality has been disappointing.

This week, the House of Representatives was expected to vote on the “Save American Workers Act” (H.R. 3798). In addition to delaying the “Cadillac Tax” until 2023, this legislation would have amended the employer mandate and reporting requirements by defining full-time employees at 40 hours per week, eliminating employer shared responsibility penalties for 2015 through 2018, and removing the requirement that employers distribute Forms 1095-B or 1095-C to individuals. This legislation represented the kind of relief that ALEs have been seeking.

Even if the House passed this legislation, the likelihood of success in the Senate is far more uncertain where Republicans only have a 51-49 majority. Currently, the Senate is highly distracted with a Supreme Court nomination fight that only appears to be getting uglier. Further, any legislation that would increase coverage losses would have a difficult time finding the 60 votes needed for passage in the Senate, especially not before the mid-term elections when politicians are highly unlikely to take votes that are politically unpalatable. Thus, the likelihood of the Save American Workers Act in its current form passing Congress is far more fantasy than reality.

Congress is not the only organization taking aim at the ACA though. In February 2018, 20 states filed suit against the federal government arguing that repeal of the individual mandate penalty in 2019 requires that the entire ACA be declared unconstitutional. The premise behind the plaintiffs’ arguments in Texas v. United States is that the individual mandate is unconstitutional without its accompanying noncompliance penalty because it exceeds Congressional authority. The plaintiffs have requested that the ACA be invalidated in whole, or at a minimum that certain consumer protections like the guaranteed issue and community rating provisions be invalidated.

In response, Democratic State Attorney Generals from 16 states and the District of Columbia intervened in the suit in May 2018. The following month, the Department of Justice (DOJ) made a surprising filing in which it agreed that the individual mandate was unconstitutional. However, the DOJ argued that while the individual mandate was not severable from the guaranteed issue and community rating provisions, the remainder of the ACA, including the employer mandate and reporting requirements, is valid.

On September 5, 2018, Judge Reed O’Conner in the federal district court of the Northern District of Texas heard oral arguments in this case, and any ruling, regardless of the outcome, is likely to be appealed to the Fifth Circuit, and potentially to the Supreme Court. Whoever replaces retired Justice Kennedy likely represents the swing vote in such a case contributing even more to the high stakes drama playing out before our eyes with the Judge Kavanaugh nomination.

Keep in mind though that while ALEs may be waiting for relief from the Supreme Court, the IRS has shown that it is content to enforce the employer mandate and reporting requirements as it continues to issue noncompliance letters to employers. To provide an idea of a timeline for how long ALEs could be waiting for relief, one can look to the NFIB v. Sebelius case, in which the Supreme Court upheld the individual mandate penalty as constitutional under Congress’ power to tax. In that case, the Supreme Court ruling came about two years after the plaintiffs originally filed suit. Thus, even if the Supreme Court were to take up the Texas v. United States case and invalidate the ACA in its entirety, ALEs could be waiting until 2020. In the interim, the IRS would have already assessed employer mandate and reporting noncompliance penalties for the 2015 – 2018 tax years.

The reality here is that the employer mandate and the ACA coverage reporting requirements remain in place, at least for the foreseeable future. The IRS has been actively enforcing these requirements, and ALEs should not expect any relief in the short term.