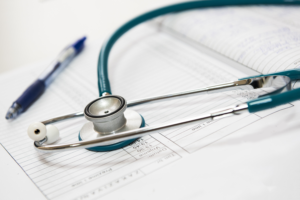 Trump administration officials have put the can opener in place on one of the most volatile issues of health care – how much does it really cost – and are now considering if they should go ahead and open this can of worms.

The U.S. Dept of Health & Human Services has requested public comments on a possible health care transparency rule that could give consumers the ability to see the discounted prices for their health care before getting the care.

The request for comments came as part of a nearly 700-page draft regulation issued recently that relates primarily to improving patients’ access to their electronic health records.  The comment period currently is set to close on May 3.  Any proposed rule presumably would come after that date, should the regulators decide to forge ahead.

At the heart of the possible rule is a potential requirement that health care providers – hospitals, doctors and other care providers – along with insurance companies and health plans would be required to disclose the negotiated or contract rates between the provider and the payer – the insurance company or health plan.  It is theorized that this information would most closely reveal the true cost of the care.  Accordingly, consumers could make a more informed judgment about their care, from where and how they receive it to the value of their own health insurance or plan.

Up to now, many states have required disclosure by many providers of their costs on a “charge master” which shows costs often also known as “billed charges.”  Billed charges typically are unrealistic and have little to no relation to what an insurer or health plan will pay a provider who has agreed to contractually accept a lower rate.   This year the Trump administration began forcing hospitals – but not physicians or other types of providers – to post their charges according CPT or Common Procedural Technology code.  CPT codes are often difficult to track or understand by many consumers.

Opposition to the health care transparency rule appears to be lining up from the medical and insurance industries. They argue cost data is data is the subject of contractual and confidentiality agreements.

“Disclosing negotiated rates between the insurers and hospitals could undermine the choices available in the private market,” said Tom Nickels, Executive Vice President of the American Hospital Association.

Regulators have countered that the price disclosures are appropriate under the 21st Century Cures Act passed in 2016.  Under that Act, blocking health information is illegal and carries a penalty of up to $1 million.