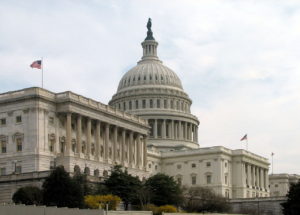 Obamacare is the familiar name for the Patient Protection and Affordable Care Act of 2010.

The Affordable Care Act brought some significant changes to healthcare and revised plans were built to comply with the law’s many complex requirements.  Following the collapse of Republican efforts to repeal and replace Obamacare, on Aug. 01, Sen. Lamar Alexander, R-Tenn., and Sen. Patty Murray, D-Wash., announced that the Senate Health, Education, Labor and Pensions committee will hold bipartisan hearings on ways to stabilize the Affordable Care Act marketplaces for 2018. The hearings will start the week of Sept. 4.

Sen. Lamar Alexander stressed that stabilizing the marketplace for 2018 is only step one, and that after that, lawmakers will continue to work towards a more robust individual insurance market for the long term. The announcement came after President Trump took to Twitter, to threaten insurance companies that he may withhold payments to insurers in an effort to undermine the Affordable Care Act. Health insurers have said that they would double premium increases for some plans next year if Trump carries out his threat to end the subsidies.

Senators from both sides of the aisle seem to agree that the main objective of the Bipartisan Hearings would be to stabilize and strengthen Obamacare’s individual insurance market. The Senate health committee wants to come up with a plan to stabilize insurance markets before Sept. 27, when insurers must sign contracts for sales in 2018. The committee plans to hear from state insurance officials, patients, governors, insurance companies and healthcare experts.

Both parties are in agreement that improvements need to be made to the existing ACA and hopefully the Bipartisan hearings will be a medium through which ideas to resolve these issues will be brought to the table. Covering the following issues might be a step towards fixing the ACA:

For now, ACA remains in effect and employers must continue to comply with its requirements, such as employer shared responsibility requirements and the IRS Forms 1094 and 1095 reporting requirements. Until further notice, the 40 percent ‘Cadillac Tax’ on high-cost employer-sponsored health plans will become effective in 2020.

Neera Tanden, President and Chief Executive of the Center for American Progress, and Topher Spiro, the group’s Vice President of health policy, write in The Washington Post, “It’s time to stop using health care as a political weapon. With both parties invested in the solution, they would have an incentive to make it work. The time for bipartisan action should be now.” – Amen to that.

Stay up to date with all healthcare legislation by following us on Twitter or Linkedin.