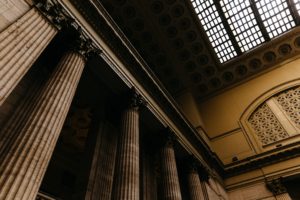 In the wake of proposed TRS ActiveCare legislation that could significantly impact numerous school districts in Texas, those involved in the potential fallout find themselves understandably on edge as they await the final word from the State Capitol. It’s hard to predict which way the chips may fall, but to provide some clarity here’s where the situation currently stands as of now.

A Joint Interim Committee (Co-Chaired by Senators Joan Huffman and Rep. Dan Flynn, along with Senators Craig Estes and Jane Nelson, Reps. Trent Ashby and Justin Rodriguez) was formed in 2015, in response to the 2015 Legislation calling for a review of the health insurance plans administered by TRS. It was asked to address the financial soundness of the plans, cost and affordability, along with access to health care providers. The committee focused largely on affordability in context to the dramatic rise in premiums over the years. They noted significant disparities in health care costs depending upon the geographic location involved (given the vast coverage area of a state the size of Texas).

Efforts of the committee (including two public hearings), were published in April, 2016. Contained in the Interim Committee’s report, is the proposal for the elimination of 3 plans: ActiveCare 2, ActiveCare Select and all HMO Options. Only the Active Care 1-HD Plan would remain. This proposal would affect all districts with fewer than 1,000 employees. All other districts with 1,000+ employees being forced out of TRS ActiveCare to find their own alternative health care plans for their employees. For the districts having less than 1,000 employees, there would be an initial opt-in or opt-out of TRS notification period, which appears to be by 3/1/18. The effective date for these recommendations appears to be 9/1/18. Ultimately, the committee concludes that its proposed HD Plan alternative would be the most viable and realistic option for addressing health care affordability for its active employees.

The report goes on to state: “However, if school districts and active public education employees adamantly oppose the proposed changes in the HD Plan to curb the affordability problem, TRS ActiveCare may continue operating under the current model. The fact is, premiums for all plan options will continue to increase as health care costs rise. Nevertheless, districts and employees may still prefer the stability that TRS provides and the multitude of coverage options. The decision to make significant changes to the plan, or continue in its current form, must ultimately be left to the active public education employees. The employees are in the best position to recognize what is in their best interest and the legislature should support them in any way possible.” Please remember that this interim study and report is merely a recommendation, and no decisions will be made until the 85th Legislative Session addresses the TRS issue.

The 85th Legislative Session began on 1/10/17 and concludes on 5/29/17. To date, there have been numerous pieces of legislation proposed, but none enacted as of this posting going into Easter (mid-April).

Also, as a development this Spring, TRS began receiving requests by large districts with 1,000+ employees, to provide them with data to enable them to procure group health care proposals (as if removed from TRS Participation). Please note that TRS has contracted with a consulting and actuarial services firm out of Michigan by the name of Gabriel, Roeder, Smith and Company (GRS). GRS will provide data regarding enrollment counts, medical claims history, and prescription claims history for claims incurred between 9/1/14 thru 1/31/17. The data is available on those employees enrolled in either of the TRS ActiveCare 1-HD, TRS ActiveCare Select and TRS ActiveCare 2 Plans. Data and participation information from any HMO provider will not be provided.

To cover the costs of extracting and preparing the data, GRS will provide this data for a fee of either $750 or $2,000, depending upon the option each district chooses. TRS will not provide any health care claims or enrollment data to any participating entity. Each large district is free to contract directly with GRS in order to obtain their personal claims data and enrollment counts. GRS is providing this service as a service provider, and not as a fiduciary or decision-maker over operations of the TRS program. Information obtained from GRS will be de-identified so as to protect any health information in accordance with HIPAA regulations.

Any questions can be directed to: TRSActiveCareData@grsconsulting.com

Stay up to date with all TRS ActiveCare legislation by following us on Twitter or Linkedin.