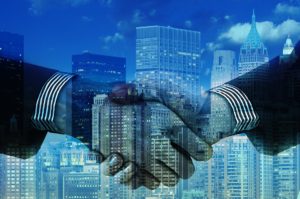 In what is seen as a capstone to the antitrust enforcement agenda by the former Obama administration, a federal judge struck down the $37 billion deal with rival insurers Humana Inc. and Aetna. This as well as a separate contested merger between Anthem Inc. and Cigna Corp. (which has since been struck down as of February 8th), were speculated by antitrust enforcers to have an “unprecedented consolidation in the health insurance industry”.

The issue of competition took center stage as the U.S argued the merger would adversely affect the Medicare Advantage market, and prevent competition between the insurers in 364 counties in 21 states. As a result the likely outcome would lead to higher premiums for seniors in Medicare Advantage plans. Federal Judge John D. Bates sided with the U.S’ argument and articulated the deal would violate antitrust laws and reduce competition among U.S insurers, also writing “In that market, which is the primary focus of this case, the merger is presumptively unlawful – a conclusion that is strongly supported by direct evidence of head-to-head competition as well. The companies’ rebuttal arguments are note persuasive”.

How Trump Views The Merger Ruling

The immediate aftermath of this ruling will likely lead to a similar outcome in the Anthem Inc. and Cigna Corp. merger, however it is unclear whether there will be any significant shifts one way or the other in the antitrust movement under the Trump administration. His executive order against the ACA instructing federal agencies ” to ensure that the law is being efficiently implemented, take all actions consistent with the law to minimize the unwarranted economic and regulatory burden of the act, and prepare to afford the states more flexibility and control to create a more free and open healthcare market”, indicate a policy stance in favor of more competition. However Trump himself hasn’t given a clear stance about how he will handle corporate mergers during his presidency.