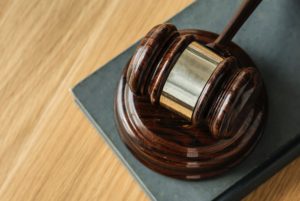 Despite this newsworthy ruling, the ACA remains the law for now. The district court’s ruling does not prohibit the federal government from enforcing the ACA, and Trump administration officials, including the White House Press Secretary and Director of the Centers for Medicare and Medicaid Services (CMS) have publicly stated that the ACA will remain intact as any litigation in the case proceeds.

Then, on Dec. 16, two days after the original ruling, the district court issued a scheduling order requesting that the parties meet and propose a schedule for resolving the remaining claims by the plaintiff by Jan. 4, 2019. Given this scheduling order and the expectation that the Democratic attorneys general from 16 states and the District of Columbia, who were allowed to intervene in this case, will appeal the court’s decision, we are likely to have a clearer picture of the timeline for this case in the next few weeks.

Keep in mind as well that a competing lawsuit is also taking place in Maryland. In Maryland v. U.S., the state attorney general has sued the Trump administration in federal district court requesting that the ACA be held constitutional and enforceable, potentially setting the stage for conflicting lower court opinions. The bottom line is that we are likely months from any final decision that could impact consumers.

Given the White House’s position that the ACA remains current law, employers offering group health coverage should continue complying with all applicable ACA requirements. For applicable large employers (ALEs), they are still required to comply with the employer mandate and Form 1094-C and 1095-C reporting provisions. The IRS has been actively enforcing these ALE requirements over the past year, and prudent ALEs wishing to avoid penalty exposure should assume these requirements remain unchanged.

ETC will continue to closely monitor any developments in these cases and bring you the latest information so that you understand the impacts to your business. We appreciate your continued trust and the opportunity to serve you.